The Exploits of Zénobe Bosquet, a Virtuous Young Atheist, & of Monsieur Wagnière, His Fellow Librarian

The second volume of Roy Luna’s trilogy about the Eighteenth century, A Revolutionary Education, in which Zénobe Bosquet, an acolyte of Voltaire and a fervent believer in the forces of Reason and Enlightenment, accompanies the late philosopher’s library to Russia, a long and dangerous voyage that takes him through new lands and new adventures. He meets lawless highwaymen, sailors on storm-tossed seas, ladies and gentlemen in-waiting at the sumptuous courts of Frederick the Great and Catherine the Great, seeing for himself the panorama of the human condition laid out in all its glory and shame, its order and its chaos. 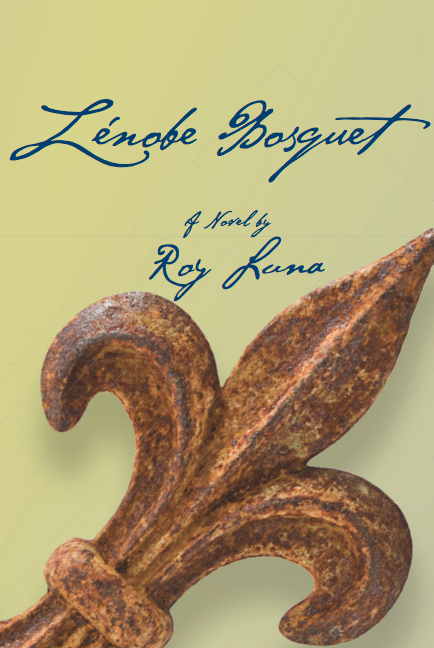 The Exploits of Zénobe Bosquet, a Virtuous Young Atheist, & of Monsieur Wagnière, His Fellow Librarian

in which Zénobe’s story continues:

June 1st, 1778. After having accompanied Voltaire’s body to its final resting place in Champagne, Zénobe realizes that at this moment he is not free to join his beloved André on his farm in Normandy. As one of Voltaire’s secretaries, Zénobe must first travel to Ferney, Voltaire’s home in exile, where his unpublished manuscripts must be saved for France and transcribed before the whole of the philosopher’s library is taken to Catherine the Great in Russia. What Zénobe does not know, however, is that the Archbishop of Paris, Christophe de Beaumont, is avidly searching for him. The meddling priest’s minions are already scouring the country roads looking for the rebellious young atheist who stole Voltaire’s body from underneath the ecclesiastics’s noses. Beaumont was stymied in his plans to throw Voltaire’s body in the city dump; now would like nothing more than to hand Zénobe over to the Holy Office of the Inquisition and have the miscreant apostate suffer the retribution of all heretics, roasted alive in the Place de Grèves.

The Exploits of Zénobe Bosquet tells the tale of a young man’s journey through a Europe of warring princes and perilous highways in his quest to see that Voltaire’s library arrives at its destination unscathed.

This is a story of a nonconformist and a free-thinker in a world that punishes such temerity. Zénobe is a child of the Enlightenment, having been mentored by the most famous of all the Eighteenth-century philosophes, Voltaire. Voltaire is dead, but his mission is very much alive and in the hands of his able young follower. No less than the progress and the future of mankind is at stake, with the tyrannical powers of the Church and the despotic vanity of the kings and queens of Europe determined to seize him first.

Presentation of Lord of Reason

Roy Luna: Roy Luna is a retired French professor who dabbles in the arts, tinkers with music, reads heavily in fiction and history, but does not neglect biographies or science. His main efforts these days are devoted to writing a trilogy of novels based on events occurring during the years between the death of Voltaire (1778) and the French Revolution (1789-94), years rich in both enlightened human progress and dark, evil terror. Three times a week he volunteers at Dunbar Old Books, making sure orphaned books find their way to other readers. His library at home may have surpassed the 10,000 mark, and he valiantly tries to read them all… The one important thing to retain about Roy is his horror at the sins, the injustice, the atrocities, the crimes against humanity that are perpetrated and justified in the name of religion. Any belief system that condones such savagery has discarded its humanity, abandoned its compassion, and forsaken its principles of empathy, tolerance and love of one’s neighbor.